Over the past few weeks, I have been slowly walking through the book of Deuteronomy.  Reading the ninth chapter, I was struck by how often God’s message to his people is counterintuitive to modern sensibilities.  Chapter 9 brings us to the brink of a major event in redemptive history.  The people of Israel are on the verge of entering into the promised land.  After four hundred years of slavery in Egypt, the powerful deliverance and exodus of God’s people, and forty years of desert wandering, the time has come!  Deuteronomy 9:1 reads, “Hear, O Israel: you are to cross over the Jordan today…” At the same time, Moses is also in the process of passing the mantle of leadership to Joshua.  In this context, what Moses says next may seem somewhat surprising.

Considering the monumental moment at hand you may expect to hear motivational words to inspire self-confidence, such as a coach firing up the team prior to a championship.  Instead, Moses essentially tells the people that in themselves they are not up to the task at all.  In fact, he says that the people they are going  to dispossess from the land are mightier and stronger.  He doesn’t even follow that up by saying, “But you have more heart!” Instead, he states, “Know, therefore, that the Lord your God is not giving you this good land to possess because of your righteousness, for you are a stubborn people.” (Deut. 9:6)  Ultimately, the theme of chapter 9 is a message of complete and utter dependence on God to receive the promise.  The confidence in Israel would be owing to the reality that it is God who goes before them as a “consuming fire” (Deut. 9:3).

In most of my conversations with others about the spiritual disciplines, one refrain that seems consistent is that prayer is either the most difficult or most neglected. This is often my own confession as well.   I would assert this is seen both individually and corporately.  Two years ago at our elder retreat we wrestled with this, and came away with a desire to have a renewed focus on being a praying church. Some of the takeaways included instituting consistent and focused pastoral prayer during our services, setting aside meeting time as elders for fasting and prayer where no additional business was on the agenda, and focusing on the importance of our elder-led prayer services throughout the year.  While the reasons for prayerlessness are various and beyond the scope of a single blog post, it could be that at least one of the causes could be that we underestimate our enemy and the task at hand.

Essentially, we are in the same predicament as Israel. We have been given a great promise and mission that is impossible without the supernatural empowering work of the Holy Spirit. We are called to expand the kingdom of God by making disciples of all nations.  Beginning with our own families, which can seem overwhelming in itself, we are called to preach the gospel and see more and more people bow the knee and give their allegiance to Christ the King.  Theology matters.  Our commitment to the sovereignty of God and Reformed theology informs our understanding of the nature of conversion.  For anyone to truly claim Jesus as Lord requires nothing less than a spiritual resurrection!  As Jesus said, “Truly, truly, I say to you, whoever hears my word and believes him who sent me has eternal life. He does not come into judgment, but has passed from death to life. Truly, truly, I say to you, an hour is coming, and is now here, when the dead will hear the voice of the Son of God, and those who hear will live.”   (John 5:24-25)

As a church, our commitment to corporate prayer is driven by the reality that we are dependent on the Father to both send the Spirit and to reveal the Son in the lives and hearts of those around us.  This is not something that can be done with arguments, tactics, or presentations alone.  Certainly we need to be trained and equipped to present the Gospel faithfully, but we need God’s power.  Our continual need for Bible-saturated, Spirit-empowered prayer is further seen in that while we live out this mission, we face a strong and persistent enemy, one who is actively at work to blind the mind of the masses from the truth of the Gospel: “In their case the god of this world has blinded the minds of the unbelievers, to keep them from seeing the light of the gospel of the glory of Christ, who is the image of God.” (2 Corinthians 4:4)

Considering this great calling and our persistent enemy, we must be on our knees praying that God would go before us.  John Piper’s illustration of prayer as a “wartime walkie-talkie” has always been helpful to me:

The great joy of corporate prayer is also knowing that our confidence is in God, with whom the ultimate result is not in question.   Jesus reigns as King at the right hand of the Father, as his enemies are being made his footstool!   The Great Commission will succeed.

“For the earth will be filled with the knowledge of the glory of the Lord as the waters cover the sea.”  (Habakkuk 2:14)

END_OF_DOCUMENT_TOKEN_TO_BE_REPLACED 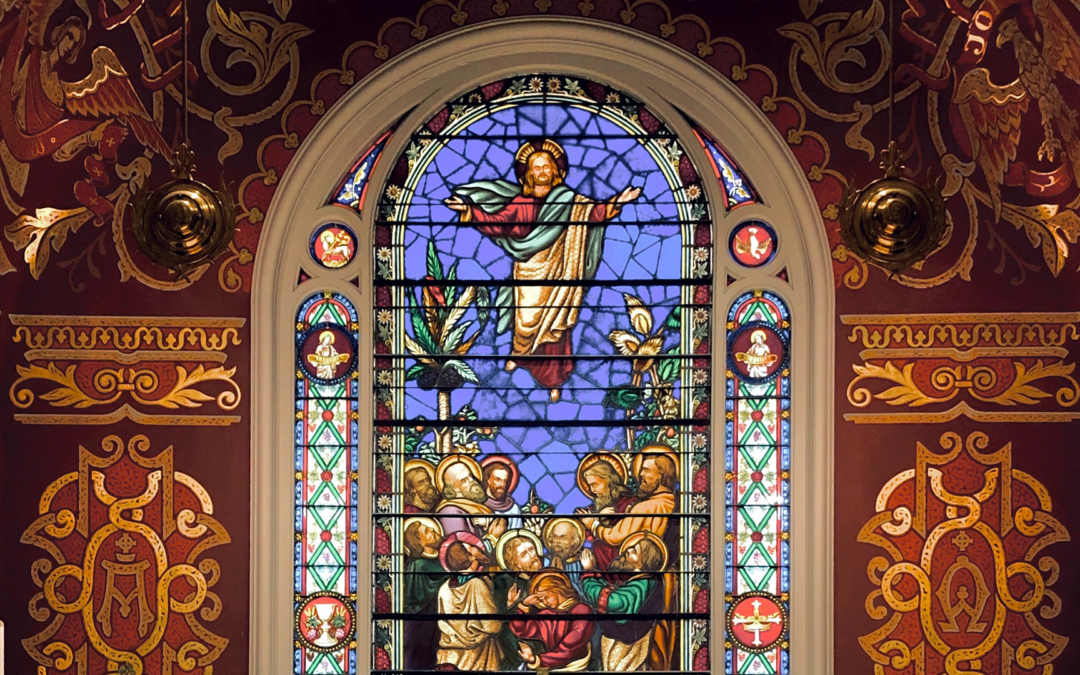