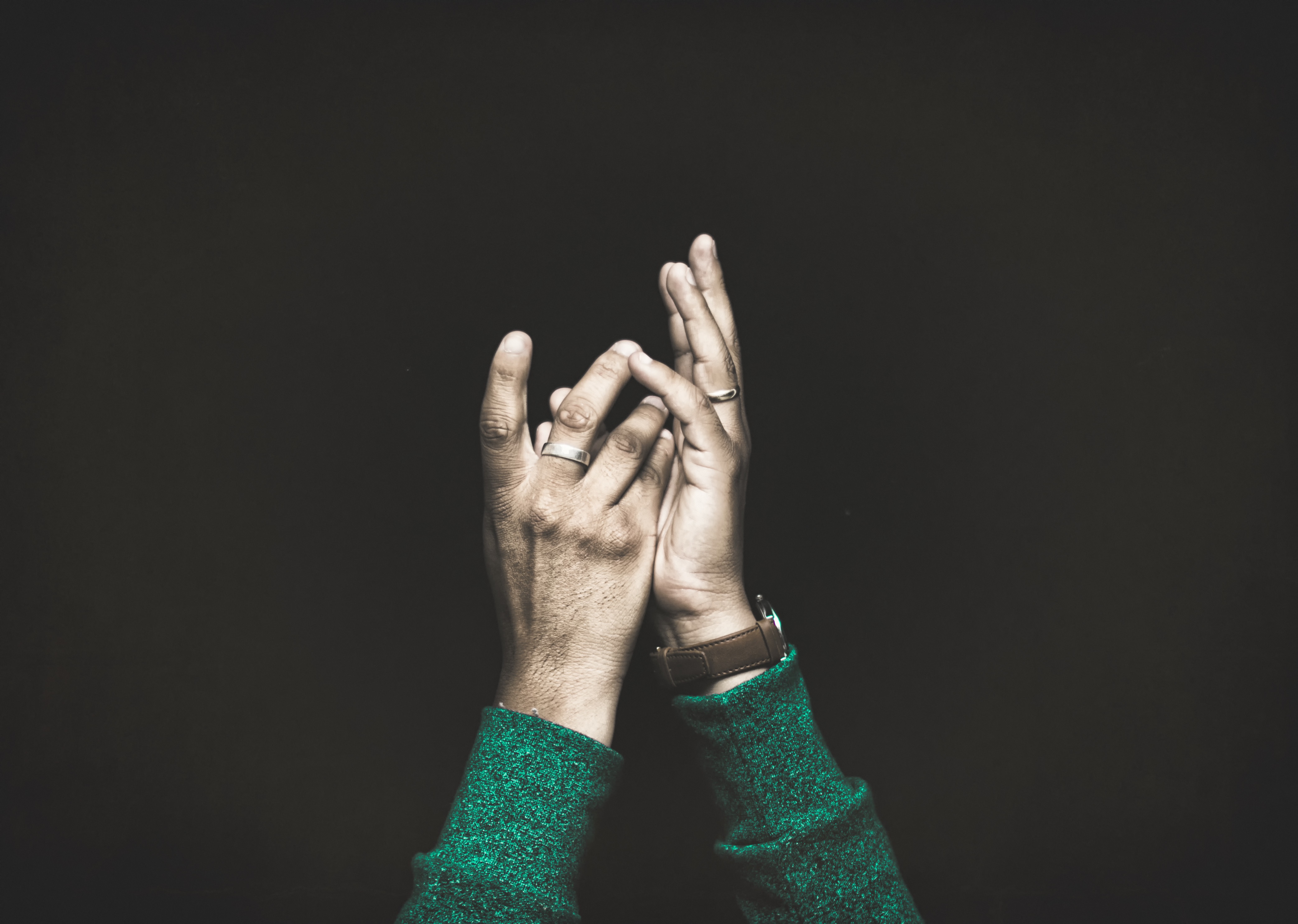 "How long, O Lord? Will you forget me forever? How long will you hide your face from me? How long must I take counsel in my soul and have sorrow in my heart all the day? How long shall my enemy be exalted over me?” Psalm 13:1-2

In the Psalms, we see that David often voiced his feelings as he endured suffering. I resonate with him because there have been seasons where I’ve experienced similar feelings: loneliness, spiritual despair, and fatigue from long periods of suffering. Except I did not handle them with the honesty of David. I struggled to be honest with God about the way suffering impacted me. I felt guilty in admitting to God that I was angry. I believed I didn’t have the right to feel angry, so I continued in self-sufficiency, determined to manage my own pain. But David is a great reminder that in the midst of enduring suffering, God is near and we can be honest with him.

This became all too real for me a little more than a year ago. My wife Emily and I were expecting our fourth child, and we felt excited and blessed. Our previous pregnancies were very smooth, and we expected this one to be as well. The first trimester was filled with typical morning sickness and eager anticipation. However, everything changed after a routine check-up. The doctor drew a sample of blood as usual, and we didn’t think about it again… until the doctor called with shocking results. The doctor told us that our unborn child tested positive for Trisomy 18, a fatal chromosomal defect. We felt overwhelmed. In the middle of our own fear and pain, we were trying to figure out how to explain this to our three other children who already called their baby brother by name. We thought, “How are we going to explain to them that they will never meet their brother, or at best only know him for a few hours or months?” It seemed so unfair. The thought that we should not have to endure this kind of suffering came up many times.

A few days later, the doctor told us she wasn’t convinced the test result was accurate. She recommended further testing to confirm whether or not our son, Hudson, had Trisomy 18. The longest weeks of my life were spent waiting for those test results. David perfectly described what I was feeling when he says, “How long, O Lord?” I was filled with questions: “How long will this last? Why do we have to endure such emotional stress? God, what do you want to teach us?“

After what seemed like forever, we finally received the test results: negative for Trisomy 18. Our baby was healthy and we were happy. I rejoiced in God’s goodness but wrestled with the question, “Am I rejoicing because of a favorable result or because God, who is good and with me no matter what, is worthy of my praise in both the great and the difficult times?”

Just as we were settling back in to regular life, the Lord gave me an opportunity to answer this question. Shortly into the third trimester, Emily experienced severe preeclampsia. Her blood pressure grew to life-threatening levels and immediate action was needed. The doctor gave us one option: deliver the baby. I was scared to death. Both my wife and son were at risk. I found myself flooded with thoughts like, “Why is this happening? Haven’t we already endured enough?” Through an emergency delivery, Hudson was born at 32 weeks. He was premature and needed to spend the next four weeks in the NICU, but he was alive and healthy.

Immediately, my attention went back to my wife who was very sick. For the next week, the medical team worked tirelessly to care for Emily. Her blood pressure remained at dangerous levels. Once again, I found myself asking David’s question, “How long, O Lord?” I believed we had endured long enough and it was time for everything to return to normal. But what is normal? I was defining “normal” as life without suffering and hardship.

In the midst of times of long suffering, we often forget the truths of God. We perceive suffering as a punishment from God, and an easy life as a blessing from God. But this is an unbiblical view of God. As you keep reading Psalm 13, we see that despite David’s circumstances, he clings to truth about God and says, “But I have trusted in your steadfast love; my heart shall rejoice in your salvation. I will sing to the Lord, because he has dealt bountifully with me.”

What an amazing reminder for each of us to rightly view God at all times. David’s life was full of suffering, sometimes as a consequence of his sin, sometimes because others sinned against him, and other times only as a result of living in a fallen world. But no matter the cause, David endures hardship because he clings to God. It’s important to note the way he clings to God in the face of suffering. He does not worship God because he has been freed from all suffering; he worships God because of His steadfast love and salvation. He enjoys God in the midst of his suffering. He cries out to God in honesty and desperation knowing he serves a God big enough to handle it.

The same must be true of us when the Lord calls us to endure, when our circumstances are anything but ideal. We must cling to the promises of God, come near him with honesty, and enjoy the reality that he is the "sure and steadfast anchor of our soul” (Hebrews 6:9).

Editor’s Note: Hudson recently turned one, and is a wonderful, happy boy.