Here We Stand: Remembering the Reformation 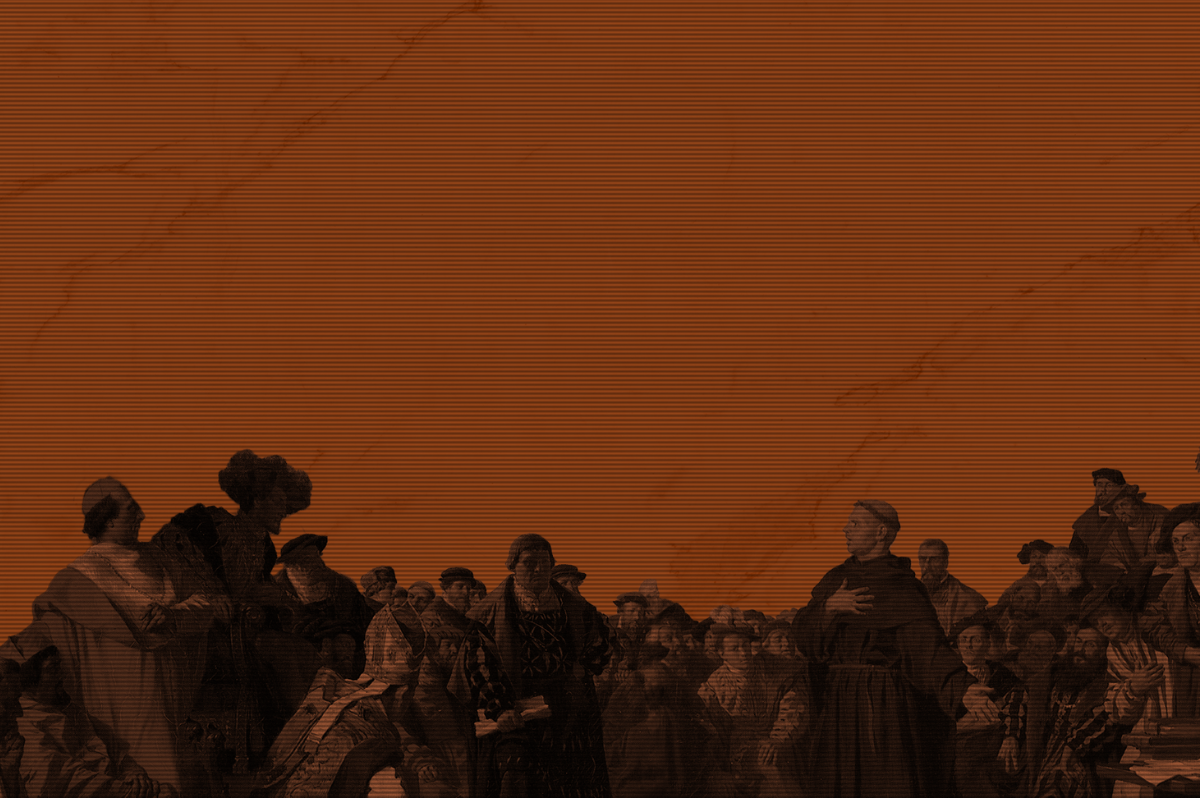 For many, the day simply marks Halloween each year. But the world that we know today would simply not exist if not for what happened in Germany on October 31, 1517. On that day, a German monk named Martin Luther nailed his controversial Ninety-five Theses to the door of the Castle Church in Wittenberg, Germany. Because of what happened on that day, many Christians across the world mark October 31 as Reformation Day, the day the Protestant Reformation began.

What started as Luther's “protest” against the selling of indulgences (a certificate which one could buy which would limit time in Purgatory) by the Roman Catholic Church ushered in a whole new way of viewing the Church and the world.

When historians and theologians talk about the Reformation, the controversy is almost always boiled down to two points of controversy: the formal cause and the material cause. The formal cause of the Reformation refers to the disagreement the Protestants had with Catholics over the nature of authority. In Roman Catholic dogma, the two sources of ultimate authority are the Church with its pope and councils and the Word of God. The Protestants questioned this doctrine, arguing that the only ultimate authority is the Word of God. The Word of God is inerrant and testifies of itself to its complete authority in life and doctrine. On the other hand, the Reformers pointed out that church councils and popes had often erred and fallen into corruption. The claim to ultimate authority along with the Word of God was not legitimate. Rather, the Church was to submit to the Word of God, because it was the Word and Spirit, which created the Church and it is through the Word and Spirit, that Christ rules His Church.

Romans 1:17 reads: “For in [the gospel] the righteousness of God is revealed from faith for faith, as it is written, ‘The righteous shall live by faith.’”

Before, Luther had understood this “righteousness” to be something that we willed through our own efforts and good deeds. He thought that if he could just be good enough, he could be considered righteous before God. Luther realized in Romans 1:17 that this righteousness was in fact credited to him through faith. That this righteousness was not his own but was given to him as a gift from God. Such a glorious truth transformed the way Luther viewed the world. He no longer needed to base his standing before God on his actions of the previous twenty-four hours or his sins of the past week. Rather, he could look to the cross and understand that Christ had already accomplished this “righteousness”, and that it was his own through faith.

This simple truth is the most profound reality in the universe. There are other important truths of the Reformation but none is more profound and important than this one. For the gospel brings to us the most important promise in the world: that we are God's own righteous children in faith.

Carl Trueman gives this short summary of the Reformation:

The Reformation represents a move to place God as he has revealed himself in Christ at the center of the church’s life and thought.

Central to this definition is an awakening to God Himself—a movement to place God in the center of our lives. The Reformation was and is a movement to champion the good news of the gospel and the power of the Word of God to continually transform us. In this way, the Reformation continues on because our own lives and church need to be continually reformed to God’s Word and the good news of the gospel. Soli Deo Gloria!

Editor's Note: In 2017, Providence walked through Here We Stand: 500 Years of Reformation, a sermon series on the "sola's" of the Reformation. You can watch or listen to sermons from that series here and download the accompanying study guide here.